Sometimes I feel like the health care industry are some of the biggest drug dealers around.

Case in point, the largest drug bust involving medical providers happened just this month. I first heard about it on the news while at work. Of course I had to look into it because I didn’t want to believe professionals in the very field I work in would stoop this low.

This NPR article gave some numbers that were astonishing. There were almost 60 individuals caught in this bust. The Appalachia region of the US has been hard hit by the opioid epidemic. It was discovered that over 32 MILLION opioid pills had been prescribed in this region. If you don’t know, that’s more pills than there are people in most of the states in the Appalachian area! Doctors, NP’s, pharmacists, even a damn dentist was part of the drug problem. The Washington Post article tells a little bit more about how absolutely unbelievable these “professionals” were. Some traded opiates for sex. One doctor operated a pharmacy in his waiting room. The dentist apparently unnecessarily pulled teeth to justify writing prescriptions! However, the article goes even further with all kinds of things these people were doing in exchange for writing prescriptions. It’s shameful. So many people are dying of overdoses. So many are in our emergency rooms getting narcan to try and save their lives. So many people are on our units going through horrible withdrawal symptoms. Why would anyone in the medical field want to contribute to opioid epidemic?

It seems like the DEA (Drug Enforcement Administration) is starting to crack down on medical field when it comes to opioids. The New York branch of the DEA just charged a pharmaceutical distributor with unlawful distribution. This case is one of the first of its kind in the country. If this works out as planned, I feel like we may start to see more companies held responsible as well as individuals.

It needs to happen. There needs to be some sort of accountability for the medical field. Some of us are a part of the problem, they need to be removed. We are here to save lives, not destroy them!

It’s Fred, the MRI nurse calling about your claustrophobic patient detoxing from opioids.

I’m not sure why you thought 1 MG of ativan IV would get your patient to hold still for an hour inside of a tube that can sound like a jack hammer but THE ATIVAN ISN’T WORKING. It’s not going to work. He is detoxing… FROM OPIOIDS!

How about you let us do this the way we wanted to and let us complete this HOUR LONG STUDY under anesthesia? It’s propofol, you know, the same stuff you guys were using when you had him intubated? Remember how well that worked? Yeah, we can do that down here as well. We use just enough to get him asleep and only leave it on long enough to complete the study.

But no. Instead you would like for us to “just give it a shot” without sedation. He has pain medication and the ativan so that should keep him still. Oh okay. Well, I hope you get all the information you can from these blurry images we were able to get before we stopped the scan because he almost climbed off the table.

Let us know when you want to schedule him for sedation, I can do that for you… 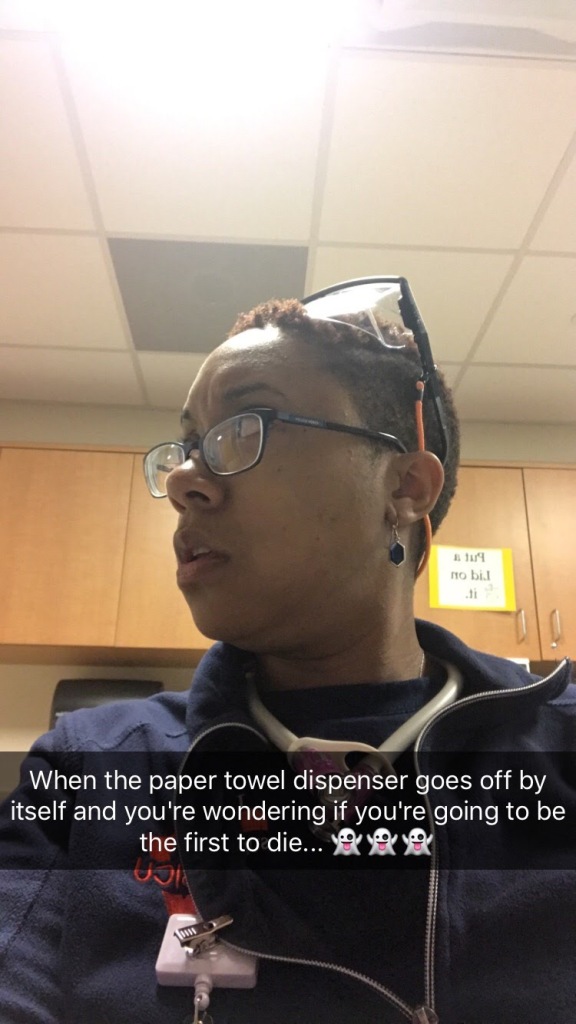